History of the Barber Pole 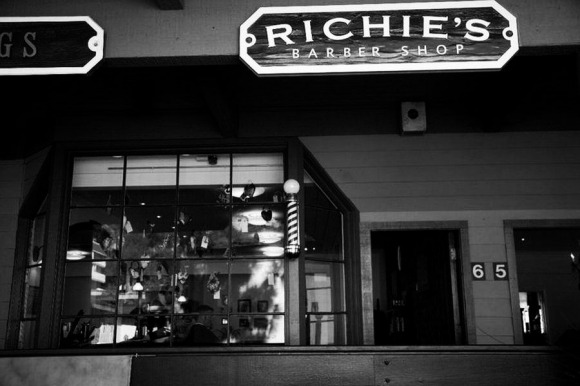 “The origin of the barber pole appears to be associated with the service of bloodletting. The original pole had a brass basin at the top representing the vessel in which leeches were kept, and also representing the basin which received the blood. The pole itself represents the staff which the patient held onto during the procedure.

The red and white stripes symbolize the bandages used during the procedure– red for the bandage stained with blood duri the operation and white for the clean bandage. These bandages were hung out on the pole to dry after washing. As the bandages blew in the wind, they would twist together to form the spiral pattern similar to the stripes in the modern day barber pole. The bloodstained bandages emerged as the emblem of the barber-surgeon’s profession. Later in time, the emblem was replaced by a painted wooden pole of red and white stripes. These colors are recognized as the true colors of the barber emblem. Red, white, and blue are widely used in America due in part to the fact that the national flag uses these colors. Another interpretation of these barber pole colors is that red represents arterial blood, blue is symbolic of venous blood, and white depicts the bandage.”