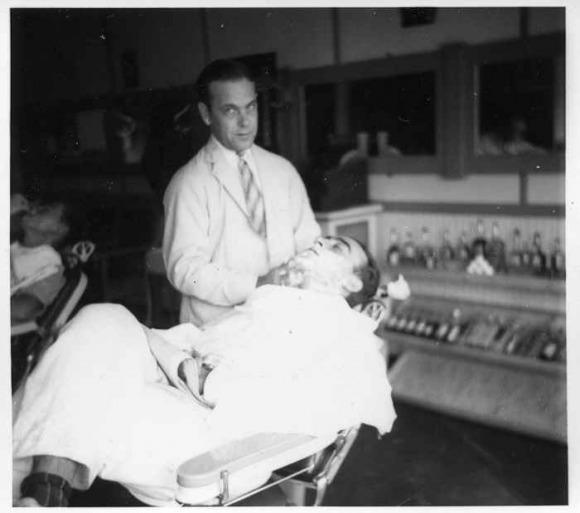 If you’ve never experienced the pleasure of a hot towel shave, you really don’t know what you’re missing. To better explain, here is an excerpt from “The Art of Manliness” by Brett and Kate McKay (a must read):

“Many barbershops still give traditional single blade razor shaves. You haven’t lived until you’ve experienced the pleasures of a great shave at a barber… I reclined in the plush old school barber chairs that had ash trays in the arm rests, a throw back to a time when people could smoke in public places. Then my shave commenced. The barber first wrapped a hot towel around my face. Next, the barber massaged in a lemon based cream to clean out my pores.

After that, several more hot towels were applied. By then, I was feeling nice and relaxed, on the verge of falling asleep relaxed. The barber then massaged in some cocoa butter to soften my beard. Next, the barber brushed a warm lather into my beard that smelled like man and not like that crappy artificial goo you buy in a can. The barber then took a piece of razor sharp metal and scraped my beard off for the closest, best shave I’ve ever had. Allowing another man to hold a razor to your neck is a good way to remind yourself that you’re alive… When I stepped out of the shop, I felt like a new man, ready to take on the world.”